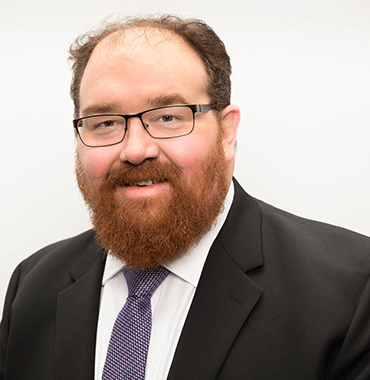 100% of Practice Devoted to Litigation

Confident, knowledgeable, and experienced, Craig has represented thousands of citizens charged with serious felonies throughout Missouri. Whether it be in small towns, or big cities, each and every one of Craig’s clients know that he is ready to stand up to Judges, Prosecutors, or anyone on their behalf.  He has achieved acquittals for clients charged with violent acts, sex crimes, and other serious matters. He is a respected trial attorney with over 30 felony jury trials under his belt and is ready to go to court, again, to fight for you.

Craig started his professional career as an investigative reporter after graduating from Wright State University with a degree in Communications Studies.  In the mid-90s he worked at one of the last small-town daily newspapers — the Pulitzer Prize-winning Xenia Daily Gazette. He spent many days in court, covering trials of various crimes of note to the community and became a Court Appointed Special Advocate for the Juvenile Court.

This rekindled his long-held desire to go to law school and become a lawyer. He returned to his hometown and completed the UMKC School of Law in 2003. Since that time, Craig has continued to pursue his love of trial work and being a thorn in the side of a justice system which has forgotten all citizens are innocent until proven guilty.

Craig has spent his professional life since admission to the Missouri Bar in 2004 in pursuit of top-notch experience and training. He has taken most of the advanced trial training available to Missouri attorneys. He spent many years teaching trial skills to public defenders from all over the state, and in 2015 graduated from the National Criminal Defense College’s Trial Practice Institute. NCDC is an intensive two-week exploration of the criminal trial and breaks down each phase to increase advocacy and success. Craig also attends the local Gerry Spence Trial Lawyers College (TLC) meetings with his colleagues at the law firm and enjoys combining his trial experience with the advanced TLC principles.

Since focusing on DWI/DUI work he has attended the DWI/DUI Bootcamp with two of Missouri’s DWI/DUI Defense Veterans, and attended DWI/DUI investigation training with a former law enforcement officer and international law enforcement instructor.

Born in Kansas City, Missouri, Craig has called Kansas City home for most of his life. He currently resides in Waldo with his wife, Jen, kids Aidan and Ayla, and rescue dog Blizzard.

Recognized in the 28th Edition of The Best Lawyers in America®
For His Work in Criminal Defense: General Practice