Can You Get a DUI or DWI Charge Expunged? 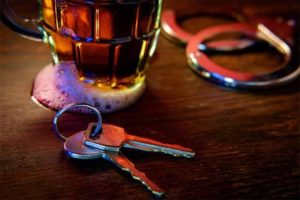 Over a million drivers in the U.S. are arrested for driving under the influence of alcohol or narcotics every year. If you’ve been charged with a DUI or DWI, it can be a stressful, scary experience. Being charged with one of these offenses means paying hefty fines and possibly spending some time in jail.

Having a conviction for a DUI or DWI can also decrease someone’s ability to pass a background check and secure decent employment. The list of negative consequences is long, with many being permanent. However, all hope is not lost. There are measures you can take to have criminal convictions expunged in the state of Missouri.

If you’ve been charged with a DUI or DWI, you may be able to get the charges expunged from your record. At The Missouri DWI & Criminal Law Center, expungements are part of our core practice. We can help.

Is DUI considered a criminal offense?

Most violations that people commit while driving, such as speeding or failing to stop at a stop sign, are considered traffic offenses. These types of offenses do not show up on a background check and aren’t part of someone’s criminal record.

A DUI, however, is considered a criminal offense in most jurisdictions in the U.S. Charges that are criminal offenses can come with jail time as a form of punishment. In New Jersey and Wisconsin, DUIs and DWIs are considered traffic violations, so arrestees won’t have to face the possibility of going to jail – but these states are the exception to the rule. Because of the serious consequences of driving under the influence, retaining quality a DWI lawyers in KC Mo is critical.

A driver can be charged with either a DUI or DWI depending on their blood alcohol content (BAC) level when they are stopped by law enforcement. Some jurisdictions have stricter BAC level guidelines than others. For example, minors in California aren’t allowed to consume any alcohol, drugs, or even prescription medications that can alter someone’s perception while driving. Legal BAC levels across the U.S. vary anywhere from .05% to .08%. Now that marijuana and medical marijuana are legal in some parts of the U.S., laws regarding DUI and marijuana also vary from state to state.

Some states may use either DUI or DWI to mean the same charge. But others may use DUI when referring to someone impaired by alcohol, while a DWI charge is reserved for driving while under the influence of intoxicating drugs. In other cases, the terms are reversed. In Missouri, there is no difference between a DWI or DUI, and these terms are used interchangeably to mean the same thing. But officially, the charge is listed as a DWI under Missouri state law.

What does “expunged” mean?

The firstsecurityservices.com website states that expungement is also called an expunction, and it’s a court-ordered process where the record of someone who has been arrested or charged with a crime is “sealed.” Sealing a record means it has been effectively erased as far as the law is concerned. When convictions or arrest records are expunged, the process is sometimes referred to as “setting aside a criminal conviction.”

Several factors will influence if a record can be expunged, including the jurisdiction where the arrest occurred. Some jurisdictions do not allow for record expungement.

A record that’s been expunged does not necessarily mean that an arrest or conviction has been completely erased from someone’s record. Expungements can sometimes be viewed by certain agencies, such as law enforcement agencies or the criminal court system. In some cases, an expungement that’s visible on someone’s record can still be considered as proof that someone’s been convicted of a previous crime.

If a record is “sealed,” it’s less hidden compared to a record that’s been expunged. Sealed and expunged records, however, are not available to the public. So employers, credit agencies, and investigators won’t be able to view a sealed part of someone’s record. But a sealed or expunged record still exists as part of the criminal justice system, so these expungements can be used to influence sentencing if someone is arrested and tried in the future.

Being arrested and convicted of a DUI can have many long-term consequences. DUI and DWI are some of the most common reasons that people are jailed in the U.S. Having a DUI conviction can affect your life for years.

How long will a DUI stay on someone’s record?

Under Missouri law, an expungement can only happen once in a person’s lifetime. So, if you’ve already expunged your record for something else, you cannot attempt to have a DUI expunged from your record as well. DUI expungements in Missouri are only available to first-time DUI offenders who’ve been convicted of a misdemeanor DUI. So, with a felony Missouri DUI (likely a repeat offense or a DUI in which someone was seriously harmed), you are not able to get an expungement. Similarly, people with a commercial driver’s license (CDL) in Missouri can’t have any convictions expunged from their record related to driving while under the influence.

A DUI is a serious offense, and the initial havoc it will wreak on someone’s life can be overwhelming and head-spinning. And even once someone pays their fines, completes community service, or serves a jail sentence, the consequences of a DUI conviction won’t necessarily stop there. Laws related to sealing or expunging records can be complicated, and numerous factors can influence the expungement process. It’s a good idea to speak to an experienced criminal defense attorney in Missouri if you want to have your record expunged.