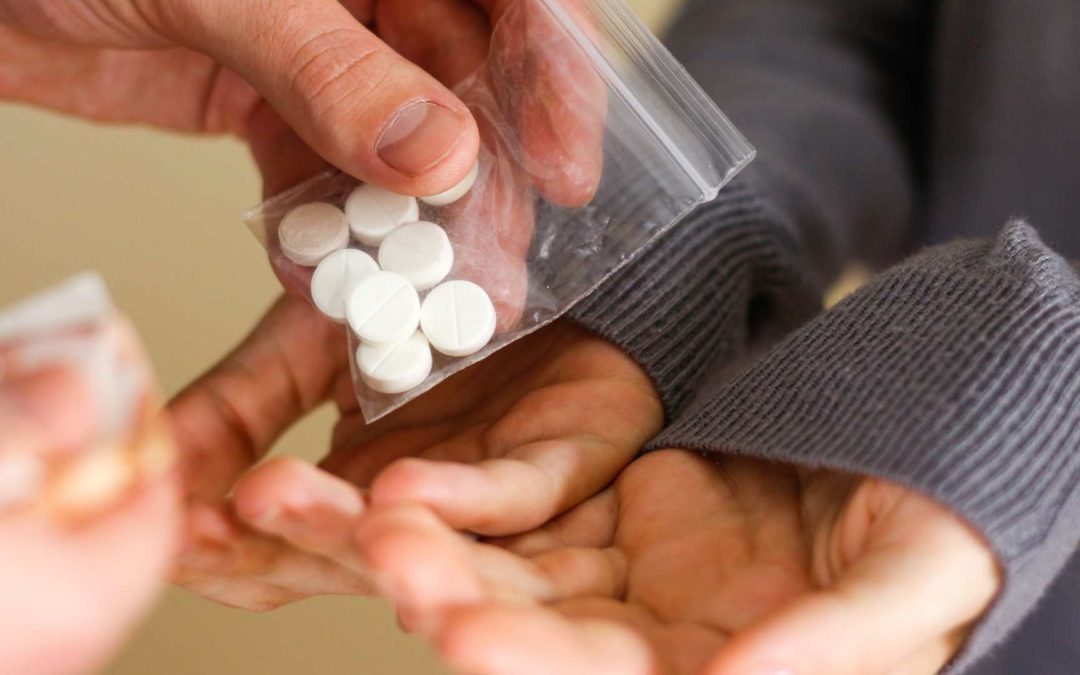 Kyle Dean Houston, a former client of Benjamin Law Firm and a guest on our recent webinar about life after addiction, was convicted of felony drug offenses in the mid-1990s. In our previous blog post, we discussed what led him to addiction, but just as important is what happened after. Here, we shed light on his inspiring journey toward healing, redemption, and success.

Nearly two years after his struggle with addiction began, Kyle had hit rock bottom. After being arrested, he promised himself and his family that this would never happen again. Soon after, he got out, but it wasn’t long until he was back in jail.

“Sitting in a cell all by myself, I burned every bridge you can imagine with my mother, with my friends, with anybody on the planet. I was alone in a cell, by myself, twenty-three hours out of every single day facing 30 years with no parole. That was rock bottom for me and thinking I would never get to contribute,” he says, “I would never do anything in a significant way. I wouldn’t get to raise a family. The people that I love are going to be dead before I ever see the daylight again.”

Eventually, Kyle began to gain some clarity. As the drug slowly began to wear off in his body, he came to the stark realization that he had been trying to kill himself

“And now look at the consequences,” he says, looking back, “They’re all in front of me. So what the heck am I supposed to do?”

Instead of giving up in the most tragic time of his life, Kyle had what he calls a spiritual awakening. In a quest for truth, he made the choice to sit, listen, meditate, and read. After a lifetime of focusing solely on his trajectory forward, he now faced up to 30 years behind bars, and he had no choice but to slow down and be present while awaiting sentencing.

In nothing short of a miracle, Kyle was sentenced to seven years and was set to finish out his sentence in federal prison after already serving time in Missouri.

“What I had to wrestle with was the simple fact that I just went through a spiritual awakening. I had seen what happens to me when I walk out early without my head screwed on straight. I was culpable, and I felt like this was the universe saying ‘here’s your shot, go do your time. Correct the issue, get out, and have a full life.’”

Kyle was given 30 days between the sentencing and doing his last three years in Miami.

“It was the most important thirty days of my entire life because I got to go back to Higginsville, I got to hang out with friends. I got to be with my kids,” he says, “I got to be with my sister. I got to do all these things that reminded me that I can make it, that I can live through this, that I am somebody. And I went to do the back end of these seven years with all this confidence and enthusiasm and excitement and which is so critical to me that the universe threw me that bone.”

While serving his time, one of his sons had been put up for adoption. His other son died from cancer.

“I had to tell him goodbye over the phone. None of that would have happened had I not got reindicted. But it was supposed to happen. It was purpose. And I learned a lot from it.”

Kyle was released from prison in 2005 after seven years of incarceration. He was 35-years-old with no college degree, a massive gap in his work history, no network, and no plan. Scared to death and grappling with feelings of worthlessness and loneliness, he eventually got a job as a call center employee.

“I did that for a short amount of time,” he says, ”And a decade later, I was vice president of a two-billion-dollar publicly-traded company. And I had this amazing, scary, white-knuckling 10 years of my life where I just never took no for an answer. I hid my background from everybody and I kept my head on a swivel and I took advantage of every opportunity that was put in front of me.”

His key to success? Self-love and forgiveness.

“A lot of it has to do with my kids and my wife and the realization that I didn’t know what I was doing. I was a dumb kid. I’m still a dumb kid in a lot of ways. And that’s forgivable. It doesn’t mean my heart’s bad. And I’m not flawed forever.”

When asked how he was able to reach this place of forgiveness, Kyle’s answer was simple yet compelling: immense heartache and tragedy.

“This is the unfortunate thing about the human condition. The only way any of us are going to get real wisdom is through pain and grief. You can gain knowledge all day long, but it’s not going to sink in on a deeper level until there’s some pain wrapped around that. It sucks. And that’s the way it is.”

More on Kyle’s story can be read in his new book, Patchwork Junkie: A True Story About Drugs, Prison and Surviving Redemption.