The bill that currently has been introduced in the Senate would prohibit texting while driving by any driver, regardless of their age. The penalty for a violation under the current bill would be a $50 fine, or a $100 fine if the violation occurs within a school or work zone. A companion bill is also moving through the House. Several similar measures died in the state legislature last year.

Due to the lack of statewide bans on texting, several municipalities across the state have fully enacted a texting while driving ban for drivers within their city limits. This includes the cities of Manchester, Galveston, Missouri City, and Sunrise Beach, among others. Osage Beach and other cities also are in the various stages of considering a similar ordinance.

Advocates of a full ban hope to make Missouri roads safer for all drivers and passengers, as well as pedestrians, bicyclists, and other travelers. While there is no direct correlation between full bans on texting and safety, the states with the strictest distracted driving laws also are some of the safest states in which to drive, according to the National Highway Traffic Safety Association (NHTSA). That same government agency also reported almost 3,500 deaths and 400,000 injuries nationwide last year as a direct result of distracted driving, which includes texting while driving.

The Missouri DWI & Criminal Law Center is a law firm focusing on personal injury claims, DWI defense, traffic tickets and points, and expungements. When you need results, don’t hesitate to contact us. 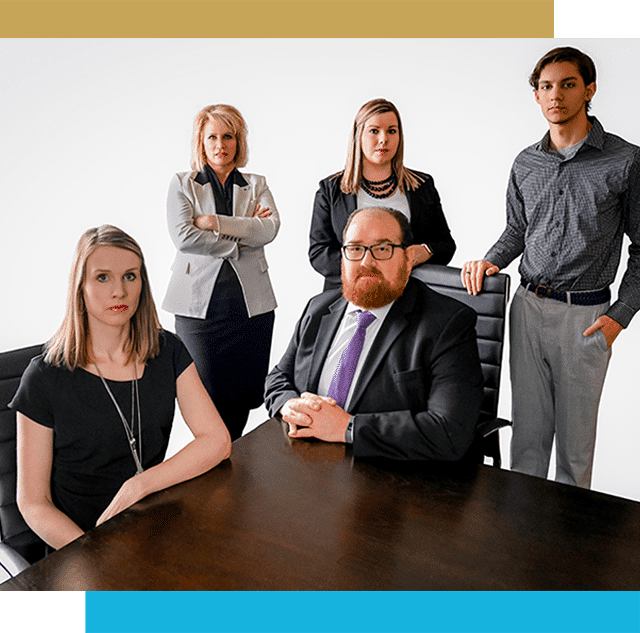 According to a recent article in the Insurance Journal, the Advocates for Highway & Auto Safety has released a new report ranking the states based on how many of them have passed 16 key safety laws that they have identified. The state of Missouri has landed near the bottom of their list, as the third worst state in terms of having driver safety laws on the books.

Missouri currently has only four of the 16 recommended safety laws in place. South Dakota was last on the list, with only two such laws in place, and Rhode Island topped the list with 12 laws in place.

Missouri does not currently have laws addressing some of the following driver safety concerns, including primary seat belt enforcement, laws on child car seats, open container laws, and a complete ban on texting while driving. These are the main areas that earned the state a low score in the recent report.

Despite prior failed attempts to the legislation, state lawmakers recently have introduced bills for this legislative session prohibiting usage of hand-held wireless devices by all drivers and banning cell phone use in school zones. Missouri’s current law only bans texting for drivers who are under the age of 21 and drivers of commercial motor vehicles. It remains one of the very few states that have not passed a full ban on texting and driving. Some municipalities in Missouri, however, have enacted city ordinances that ban texting while driving for all age groups.

At The Missouri DWI & Criminal Law Center, we pride ourselves on helping our clients with personal injury claims resulting from all types of accidents, as well as with their legal difficulties related to traffic violations, DWI, general criminal offenses, and expungement of criminal records. Contact us to learn what we can do to help.

Do You Have to Wear a Motorcycle Helmet in Missouri?

Missouri has a universal helmet law, which is also in effect in about 20 states. Mo. Rev. Stat. § 302.020 provides that all operators of and passengers riding on motorcycles must wear protective headgear, or helmets, at all times. Failure to abide by this law is an infraction, punishable by a fine of no more than $25; however, no points will be assessed against your driving record as a result of a motorcycle helmet violation.

This is particularly the case if your failure to wear a helmet contributed to the severity of your injuries or caused you to suffer additional injuries. Your level of negligence related to an accident in which you are injured will directly lead to a reduction in damages that are available to you through a personal injury claim.

This is referred to as comparative fault. If you are somewhat responsible for your injuries by not wearing a helmet, then your ability to recover damages may be reduced by your degree of fault for the accident. In some cases, this can be a significant reduction in the amount of damages that you are entitled to receive, and the damages that you do receive will not cover the entire cost of your injuries. At The Missouri DWI & Criminal Law Center, our attorneys know how devastating the aftermath of an accident in which you or a loved one has suffered injuries can be. We are here to look at the facts of your case, apply the law, and build the strongest claim possible on your behalf.

The vast majority of criminal cases-including DWI cases-are resolved with plea bargains. A plea bargain is an agreement between the prosecution and the defendant where the defendant agrees to plead guilty in exchange for something from the prosecution. In DWI cases, the prosecutor may offer to reduce the DWI charge to a charge of careless and imprudent driving in exchange for the guilty plea if your attorney is capable of finding a problem with their case against you.

What is Careless and Imprudent Driving?

The state of Missouri does not have laws that prohibit reckless driving. Instead, it has a law that prohibits careless and imprudent driving. This law requires all drivers to exercise the highest degree of care when operating a motor vehicle. This basically means that drivers are required to drive in a manner that does not endanger others.

It’s possible that the prosecution will agree to reduce your DWI charge to careless and imprudent driving as part of a plea deal. Your attorney will need to find something wrong with the prosecutor’s case against you and speak with the prosecutor to determine if they are open to this agreement.

However, this type of deal is typically off the table if the defendant is a repeat DWI offender if he was involved in an accident that caused injuries while intoxicated unless your attorney is very knowledgeable about DWI law and knows how to find weaknesses in the prosecutor’s case.

The Penalties for Careless and Imprudent Driving

Although these penalties are serious, they are not nearly as serious as the penalties for DWI. For this reason, many DWI defendants would rather plead guilty to careless and imprudent driving than face DWI charges.

Are you facing DWI charges? Let the attorneys at The Missouri DWI & Criminal Law Center help. Our criminal defense attorneys are skilled negotiators that can work with the prosecutors to reach a favorable plea deal in your DWI case. Call our office at 816-281-0941 or fill out our confidential online form to schedule a free consultation today.