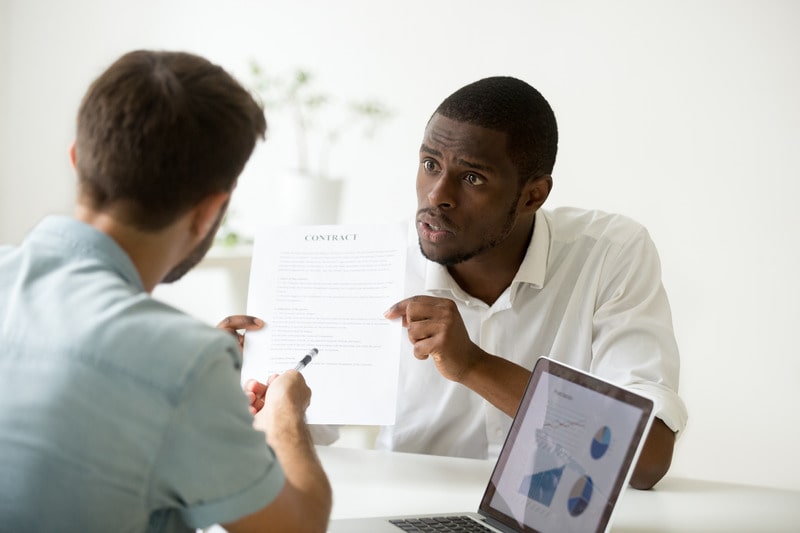 If you believe your employer is violating discrimination laws under the Missouri Human Rights Act or Title VII of the Civil Rights Act of 1964, your first course of action should be to file a formal complaint with your employer, as explained by our recent webinar guest, employment attorney John Eccher.

If you don’t make a complaint to the company, that doesn’t mean that you haven’t been discriminated against. However, it’s best to give your employer the opportunity to right their wrong before legal action is taken.

If nothing is done to mitigate the discrimination and you are fired from your job, you must contact an attorney immediately. At your first meeting with your lawyer, he or she will listen to your story and discuss the possibility of a charge of discrimination. Before a lawsuit is filed, however, you will want to submit a service letter request.

Under Missouri law, when an individual suffers separation from employment, then as soon as reasonably possible not to exceed one year, he or she can send a letter to the company requesting the true cause for the separation of employment. This can only be done if the company has seven or more employees and the employee had been working there for 90 days or longer.

A manager or supervisor should then sign a letter and send it back within 45 days of receipt of the initial letter. In this case, the company is now locked in on their defense and they can’t start making up stories down the road in an attempt to protect themselves.

Things change a bit when your former employer misses this deadline. Let’s say you get the letter back 50 days later — in this situation, you can’t recover anything unless you actually suffer damages during those five days following the 45-day deadline. For example, if you have a new job offer and they want to know what happened and you only have this five-day window, then you might be able to recover damages.

Next, within 180 days, we will need to file a charge of discrimination. However, this deadline does not necessarily begin on the termination date. Instead, the clock begins on the date of the first instance of discrimination. There are ways to reopen things that happened before that, but we will have to show a pattern and practice of that discrimination.

If this deadline is missed, there is a possibility to file within 300 days of the discriminatory conduct with the EEOC, which is the federal agency that handles these cases. However, you’re going to be limited at that point to just federal recovery, and the federal judges are more likely to dismiss an employee’s claim than a state judge would.

Within these deadlines, we need to request a Notice of Right to Sue from the EEOC or the Commission on Human Rights, which is the state agency that handles discrimination claims. This notice is a prerequisite to actually file the lawsuit and begin the process.

This is where things get complicated. Once you receive the Notice of Right to Sue, you only have 90 days to file suit, but your lawsuit still has to fall within an applicable statute of limitations for the specific conduct you’re trying to seek recovery for. For this reason and many more, it’s always a good idea to contact a lawyer instead of trying to fight this battle alone. We’ll work to make the process happen as quickly as possible so you can achieve the justice you deserve.