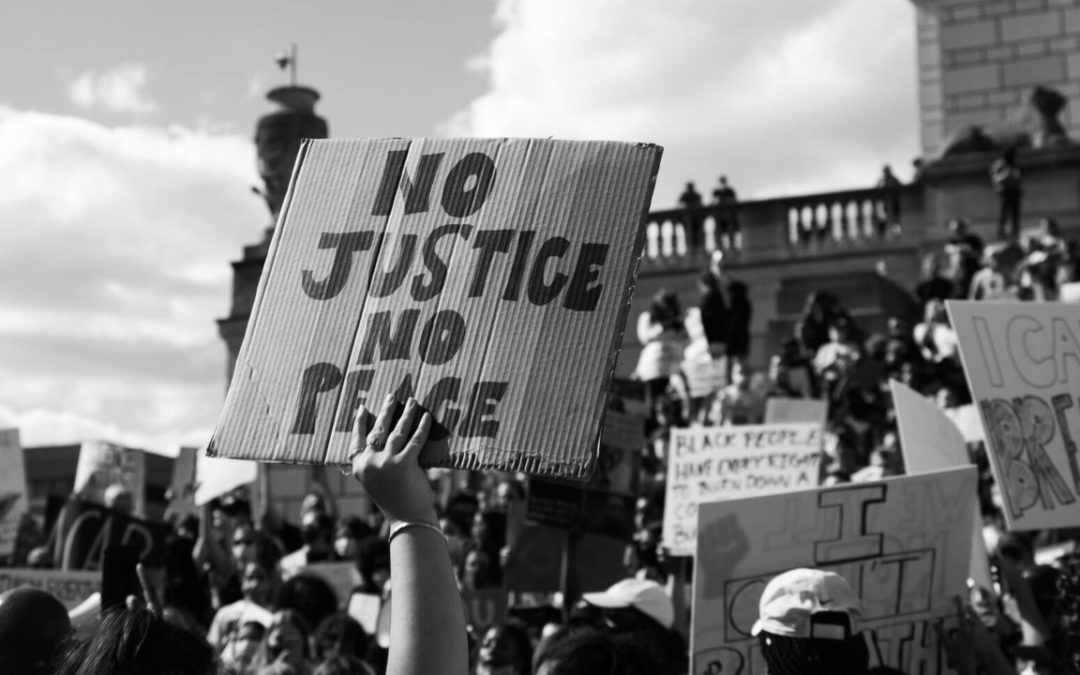 Today writing this blog is hard.

I have been writing these blog posts for the past few months, and it’s been a good chance for me to apply my love of writing with sharing the things I do here at the Missouri DWI & Criminal Law Center.

For the past 10 days, however, I’ve been blocked.

I have sat down to write some things here and there, and just can’t get motivated to get my fingers moving.

I have topics to spare, as we do a lot for people at our firm whose freedoms have been challenged by the government.

It is all the civil unrest that has me thinking, maybe even stewing a bit.

When I started law school over 20 years ago, I had a head full of what I thought justice was, and should be in the future. I had watched several trials and covered the court system in a suburban county in Ohio.

I thought justice meant we are all equal in the law. But that is not what it means.

Justice means you get the same shot at equality as everyone else, or at least it means that in theory.

I spent nearly 10 years as a Missouri State Public Defender, and our founder Kim spent nearly 6 years with the public defender.

We both have a deep appreciation for the problems in our system of justice. The problems are real and pervasive, and people of color end up with unfair results far, far too often.

The reality is that I have watched as people of color get longer sentences, less understanding judges and prosecutors, and hyper technical probation officers. I may have loudly objected while watching, but the problem is real.

Implicit bias is real. People in the system do not think to themselves, I’m going to be unfair to this black man today, but they are unfair to many black men on many days.

I don’t have all the answers to solve it, but they can only be found if we are willing to discuss and work on it, and shine a light on the issues with people who agree with us and people who do not agree with us.

It is with this in mind that I have been watching the protests going on all over the country for more than two weeks now.

I have even attended a protest or two in Kansas City over the past few weeks. It speaks to my punk-rock conscious, and my junior high, Reagan-era distain for the system.

It is clear that when police stepped back after a week or so, and stopped trying to control people with tear gas and billy-clubs, things got more peaceful.

And, peaceful protests are what I hope everyone aspires to as violence will likely only get us more violence.

We would like to say, however, if anyone is arrested at a protest please call immediately.

We have the skill and knowledge to get you out of jail, and our hearts are right there with you.

So, if you are arrested for exercising your free speech rights in an effort to halt policemen killing African Americans, then we will work to get you out of jail first, and figure out how to fight the city and whatever charges they offer later.